THE ROAD TO TUCKTONIA By Alex McKinstry (Part 3) 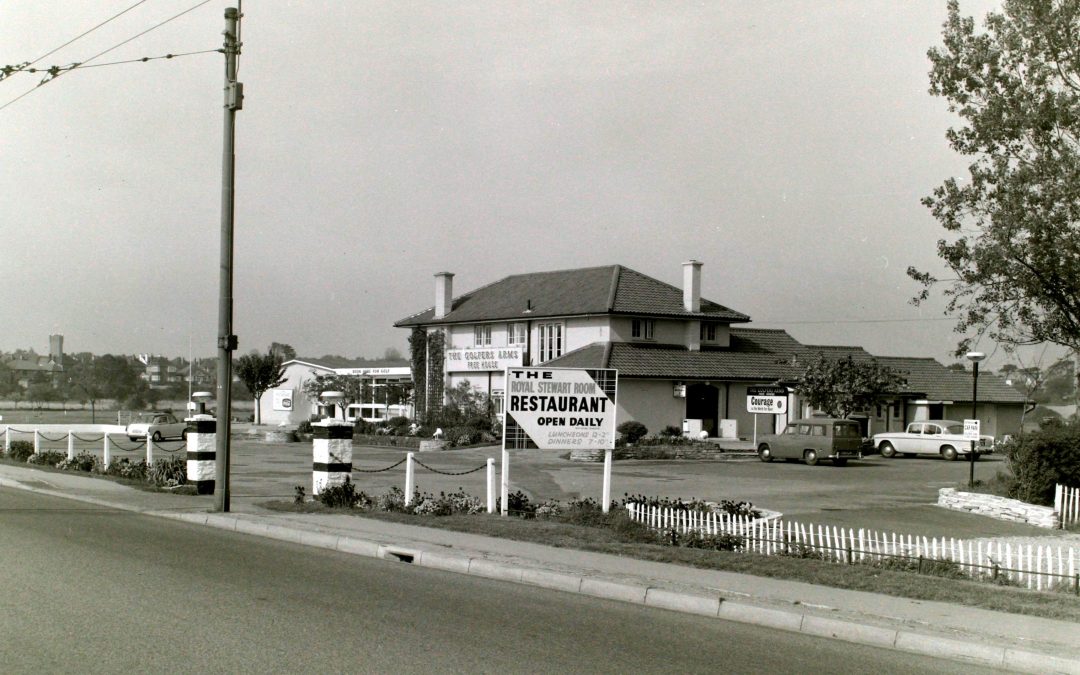 The Tuckton Golf Course offered a cordial welcome to anyone visiting Christchurch in the 1950s. Its proprietor was Arthur Vine, who, in 1959, entered into partnership with Harry Stiller, a young sports enthusiast who had arrived in Bournemouth the previous year, and who spent his first few months in the district selling washing machines. Greater enterprises beckoned, and when Arthur became seriously ill in 1961 Harry ended up buying the freehold to the golf course for £18,000, ‘lock, stock and barrel’. One of his first moves was to convert the site café into a free house, The Golfers’ Arms, which acquired a seasonal drinks licence in 1962 – making Harry, at twenty-three, one of the youngest licensees in the country. This was extended to an all-year-round licence in 1963, though the golf course itself remained closed between October and April, on the grounds that it flooded every winter.

Harry built up a nice little business here, renowned for its pleasant location, the well-tended fairways – when not in flood – and, crucially, the fact that the Golfers’ would have sixteen draught ales on at any one time. ‘It used to be our boast,’ says Harry today, ‘that if you were a holidaymaker, we would have your beer. I used to have Tetley’s, Newcastle Brown, Ushers, Flower’s Bitter, Watney’s, Charrington, Double Diamond – I had every type of booze you could think of.’ In later years, when the Golfers’ was leased to Watney’s and became a tied pub, the takings plummeted, partly because the brewery slung out all the beers: ‘I think they had one guest ale.’

That lay in the future, however, and in 1965 the site was enlivened by the addition of a discothèque, Barbarella’s – though this only ran for two years, partly because mini-skirted hedonists kept infiltrating the Golfers’ next-door. ‘The police had a few words in my shell-like ear about the underage drinking that was going on,’ Harry recalls, ‘so in the end, the pub was getting busier and busier and I thought, you know what, I’ve had the best out of this discothèque, it’s been a very good thing, but I need the space for the pub and I don’t need all this aggro.’ Barbarella’s closed, and Harry used the space to create a new bar – The Raceway – distinguished by the Formula 3 racing car built into the outside wall.

The Raceway was a nod to Harry’s own Formula 3 career, which was then taking up most of his time. Consequently the late Ken James, who had started as a cellar-man at the Golfers’ in 1964, was appointed site manager and became Harry’s right-hand man (‘an absolutely super bloke’) in the years that followed. A turning-point came at the end of the decade, when Harry retired from Formula 3 after two successive accidents test-driving tyres. From then on, the Tuckton site became the focus of his energies. ‘I wanted to transform it into something everyone could appreciate, something along the lines of Tower Park,’ recalls Harry of this period. The Golfers’ was assigned to Watney’s, on a 99-year lease, to help fund various new attractions. These included a public swimming pool (the first in Christchurch), a safari ride, a 35-ft. giant slide, crazy golf, and a £24,000 go-kart track, run like a mini-Indianapolis. The karts were powered by 170-cc Honda engines, capable of 23 mph; there was no lower age limit, so long as the driver’s foot was capable of reaching the brake pedal.

The Tuckton Golf and Leisure Park, as it was henceforth known, opened on 28 May 1972 and was a success from the outset: police were called, on opening day, when visitors began parking their cars on Tuckton Bridge, and most of the site’s 425 parking spaces were filled throughout the summers that ensued. A further development, however, was gestating around this time. ‘I remember thinking,’ says Harry, ‘the Stour Road site had worked out well, and was self-funding, but I was still seeking a special ingredient to really catapult the site to attention.’ It happened that Harry was good friends with the Bournemouth businessman John Yates, who opened the Maison Royale nightclub in Glen Fern Road in 1971; the two men used to meet for weekly brainstorming sessions. It was John who suggested a trip to the Madurodam model landscape in The Hague, with its 1:25 models of windmills, tulip fields and various Dutch landmarks. Intrigued, Harry paid a visit – ‘and the moment I set foot there,’ he says, ‘I knew this was exactly the sort of thing I wanted to bring to Christchurch.’

And so the Tucktonia model landscape was born. 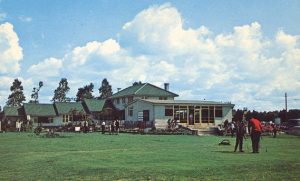