THE MAKING OF TUCKTONIA By Alex McKinstry (Part 4) 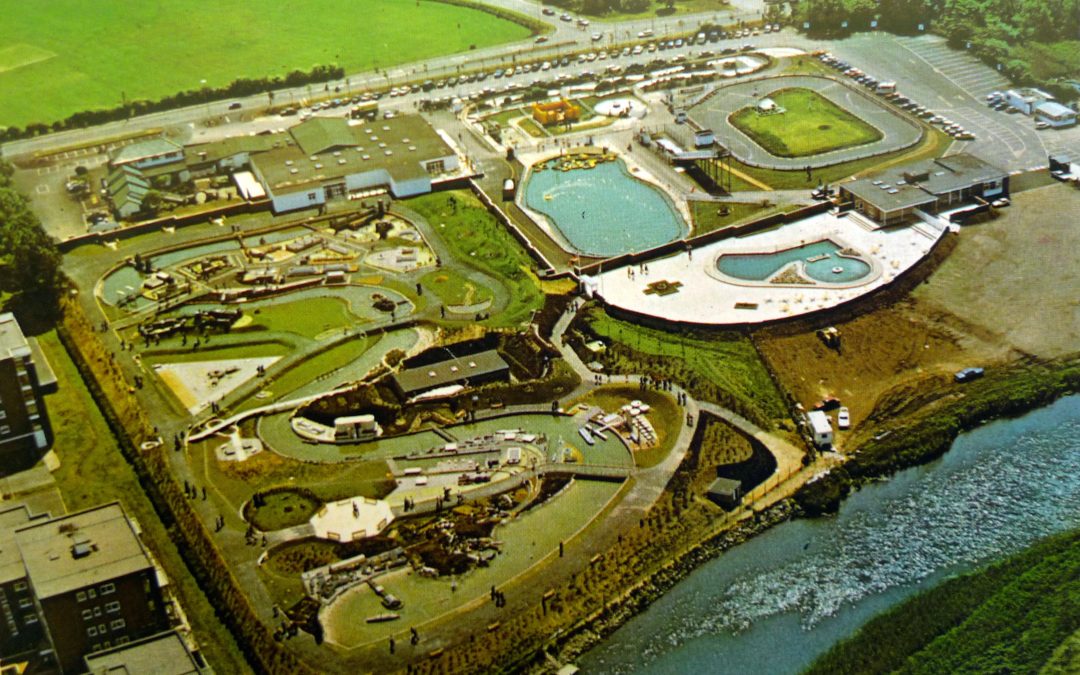 In 1975, Harry Stiller decided to sell the Tuckton Golf and Leisure Park to Grand Metropolitan Hotels Ltd., a national company looking to strengthen its hold on the leisure industry. He regrets the decision to this day. It came about after endless wrangling with the water board, and with Christchurch Borough Council, over plans for ‘Tucktonia’, a model landscape to be laid out at the back of the Stour Road site. Harry did agree, however, to stay on for two years as a consultant in the project, and vividly recalls the challenges involved in making Tucktonia a reality.

The models were to be assembled on four waterlogged acres towards the river, formerly part of the driving range. A condition of planning consent was that this land had to be raised 2 ft. 3 in. as a safeguard against flooding, which meant draining the area, filling it with 18,000 tons of hardcore and 2,500 tons of concrete, and then, to give the landscape a realistic, contoured feel, topping it with 12,500 tons of earth. This work alone cost an estimated £250,000. Water was then channelled back into the site to provide Tucktonia with its undulating river, with the cream of Britain’s heritage, industry and natural beauty to be spread out in miniature either side.

The models, right down to the pigeons surrounding Nelson’s Column, were built to a 1:24 scale, meaning that St. Paul’s Cathedral, one of the first models to arrive, was 16 ft. high: as Harry recalls, ‘They had to bring it down from Lowestoft on a flat-bed trailer.’ The model-making contract had been awarded to a Bournemouth company, KLF Ltd., but its director, Peter Kellard, subcontracted the work to 24 model-making firms across the UK. The project posed special challenges, not least because Harry was trying to avoid a static landscape: vehicles were to tootle along the motorway flyover, while Concorde was to take off hourly from Tucktonia Airport. These animated features were powered by a hidden switchboard, 250 kW in capacity, rigged up to ten miles of armoured, medium and low voltage cable installed underground.

The models also had to withstand all types of British weather, while some – Tower Bridge, for instance, or the Cornish fishing village – had to spend their lives partly immersed in water. These challenges were met by building the models from opepe, a resilient West African wood used in boat-building and in dock construction. Some of the nicest touches at the site came about by accident. The fishing village was built by Colin On, who had difficulty sourcing a suitable material for the village stonework. ‘Then one day, by accident, I spilt some resin on the concrete floor of the workshop … When we came to remove it, it peeled off the surface concrete, forming exactly the pattern we were looking for.’

The booklets issued to promote Tucktonia as ‘the best of Britain in miniature’ only give some idea of its sheer ambition; indeed, when I asked Harry Stiller if he intended to replicate the scope of the Madurodam model landscape in The Hague, which first inspired him, his reply was ‘I wanted to make it bigger!’ When the first models began arriving in August 1975, it was reported that forty new jobs would be created at the site, sixteen for maintenance purposes alone. The effect of the attraction on other local traders was also favourably anticipated, and certainly Christchurch was the focus of all eyes when Tucktonia opened on 23 May 1976, with Arthur Askey as its miniature MC. 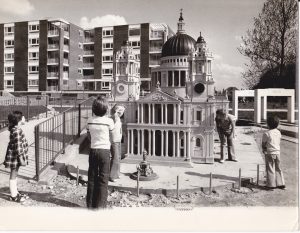 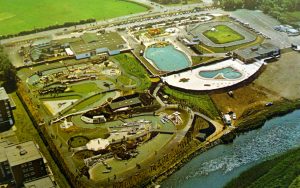