THE DAYS BEFORE TUCKTONIA By Alex McKinstry (Part 2) 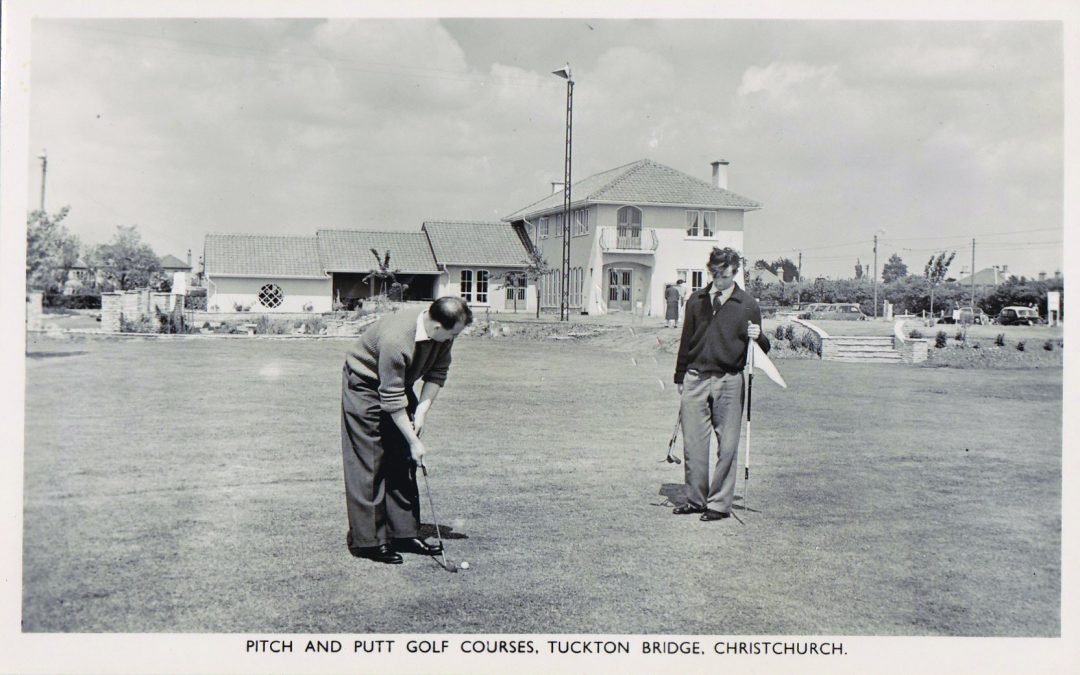 Before embarking on our history of Tucktonia, it may be worth considering the pedigree of the site itself, which for centuries formed part of the common land known as Portfield – a 290-acre stretch of meadow, stretching from the Stour at Tuckton as far north as Fairmile, with Iford Bridge at its western boundary. James Druitt, at a public meeting in 1855, said this land had been described as ‘arable’ in the reign of Edward the Confessor, and we know, from the records of the court leet at Christchurch, that locals had enjoyed the right to graze their livestock here since before the time of legal memory.

This right was eventually extirpated by the Portfield Enclosure Award of 1878, which put the land into private ownership for housebuilding – though a large section towards the river was doled out to the Corporation and used as a stint ground for cattle, eventually being developed as playing fields for Twynham School. Stour Road was cut through this area in 1876, though it took some time for the fact to register with the local magistracy, as this report from The Christchurch Times, 15 April 1882, confirms:

The land on the west side of Stour Road, meanwhile, continued to be let to agriculturalists, despite the fact that it formed part of a flood plain: in 1888 we read that Richard Butler lost 100 tons of mangel-wurzel from the fields here, most of which had been lying in heaps ready for carting away. (A few tons were rounded up using boats from the Christchurch Quay area.) From 1908, the land was used as allotments by the French Gardening Company, but they, too, were flooded out after eight years, and migrated further along Stour Road, to the site of the Douglas Avenue allotments. Thenceforth, the land lay fallow until it was acquired by Alfred Curling Hunter, who had cut the first stretch of Broadway in 1925 and was responsible for developing Brightlands and Broadlands Avenues. He envisaged laying out a small estate here, but in 1931 his company went into liquidation, whereupon Arthur Vine, a young professional golfer, began renting the land from the liquidator.

The result was the Tuckton Golf School, which opened in 1932 and was distinguished by metal practice sheds fitted with mirrors, allowing novices to practise their swings even in wet weather. During World War Two the site was taken over by the Home Guard and used for exercises, but Vine resumed his hold of the site soon afterwards, laying out an 18-hole course and creating a second, 12-hole pitch and putt course, which, in summer months, was lit by eighteen 32-ft. pylons, allowing visitors to play long after nightfall. This was the first floodlit course in the country – Vine had welded and erected the lights himself, at a cost of £600 – and it duly impressed Harry Stiller, a semi-fanatic young golfer, when he arrived in Bournemouth in 1958. Before long the two men had entered into partnership – with results that were to completely transform these twenty-odd acres, as we shall see in our next post. 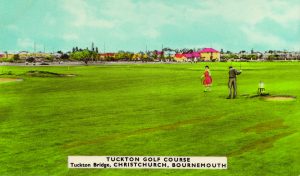