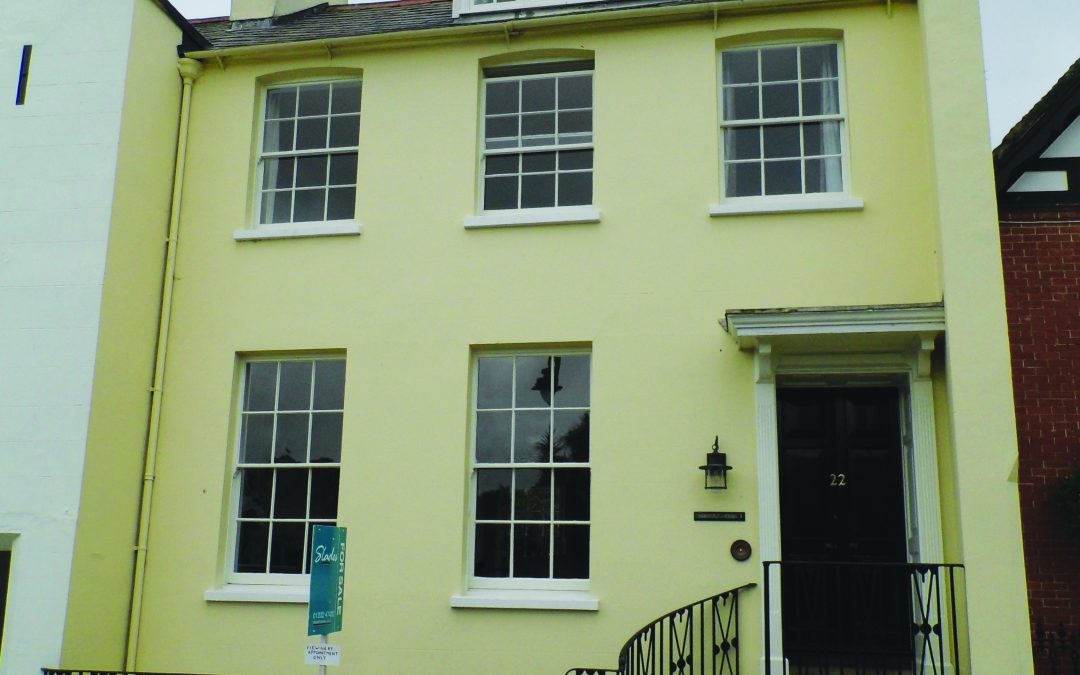 Dr. Quartley was called out one evening to administer to a smuggler who’d been shot in a scrap with Revenue men. His payment (or reward, whatever you wish to call it) was on his doorstep one morning soon after, a keg of fine French brandy. That’s the story, apocryphal or not, and it is a well-known one. The house where the doc lived is still called ‘Quartleys’ and is Grade II Listed (since 1976).

It’s no. 22 Church Street and lies on that narrow neck of land between the Mews Bridge (or Millhams Bridge) and the handsome Town Bridge (which has also been dubbed Quartleys Bridge in the past). When the latter bridge was widened in 1899 to allow for more pesky traffic, the building to the right of Quartleys had to go (before the construction of the so-called by-pass, this was the main thoroughfare through the town and on to the delights of Highcliffe and the New Forest. I believe the house next door (no. 20) is known as ‘Little Quartleys’.

Quartleys is described as early-19thcentury, a three-storey residence with slate roof, red ridge tiles and a dormer window. It has a restored stucco façade (smart), five sash windows with glazing bars, a six-panelled double door ‘with panelled reveals’ and a flat canopy on brackets. There’s a flight of steps to the door (railed), with railings also along the street. If that smuggling story has any credibility, then ‘early-19thcentury’ must put our Dr. Quartley and his assignation with the ‘gentlemen of the night’ right at the end of the smuggling era.

Now, Dr. Quartley was actually Arthur Quartley (1762-1839), a local ‘worthy’, surgeon and ‘man midwife’, respected medical practitioner, and friend to rich and poor. I don’t know a great deal about him, although I do know he had a pale ale named after him (a Jenkins & Sons/Eight Arch Brewing Co. Wimborne collaboration). Named ‘Dr. Quartley’, it became the fifth in a series inspired by local smugglers or pioneers (two of the others were ‘Gulliver’ and ‘Tregonwell’; see what they did there?)

Incidentally, our Arthur should not be confused with another Arthur Quartley (1839-86), who was an American painter (born in Paris), known for his marine seascapes. Arthur the painter was rather more famous than Arthur the doctor. I like Arthur the doc though, famous or not. I can just imagine him venturing out of his impressive doorway early one morn to find his brandy on the doorstep, hurriedly looking around for witnesses, then whisking it inside, slamming the door quickly behind him.

Now, I’ve often done favours for people (as you do) but can’t ever recall having a consignment of booze plonked on my doorstep as a thank you. Quartley can consider himself lucky. Having said that, I am teetotal, so jars of coffee or boxes of tea would be handier in Marsh Lane, thank you very much.